This diagram can be found inside a locked area in a ruin guarded by a demonio. The actual location is the swampy area northwest of the Casa del ristoro, and southwest of the Sentiero di Kimbolt fast travel marker, not far off the read, east of a bridge. 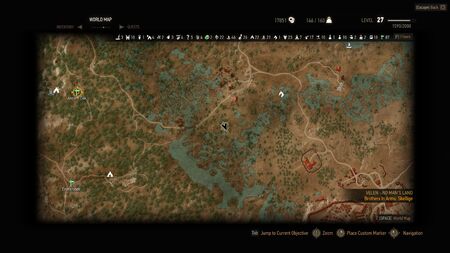 The diagram does not appear until later in the game, so if it is not found initially, revisiting the same site later should reveal it.